We provide our followers with the most up to date information about all types of motorcycles. You will find the detailed photos and descriptions of sport bikes, choppers and scooters.

Honda Super Cub 50 custom is considered the best selling motorcycle in the world. Total quantity sold is now close to 100,000,00 units. Just like Henry Ford took years before he was able to mass produce his cars, Honda started its task with toying with a two-stroke engine.

In the 1950s, motorbikes are the main mode of transport among workers. Honda understands that the true test of a motorbike is its reliability. If the bike won’t start, you don’t go to work.

What Honda did was to train bicycle technicians to repair motorcycles and made sure part are a lot. It then started with the Honda Super Cub 50 for mass production.

The Honda Super Cub 50 has a 3.88 HP, 4 strokes 1 cylinder engine for its power source, mated to its engine is a 4-speed gearbox to control its speed. Front and back wheel breaking are standards.

It has both an electronic push button start and a kick lever for easy starting. Maintenance is so hassled free which is the main reason why the Honda Super Cub 50 has been the best-selling motorbike in the world. 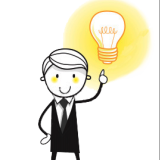